Did a test run of how inking works in Manga studio. I sketched out this alien priestess to be the test subject. 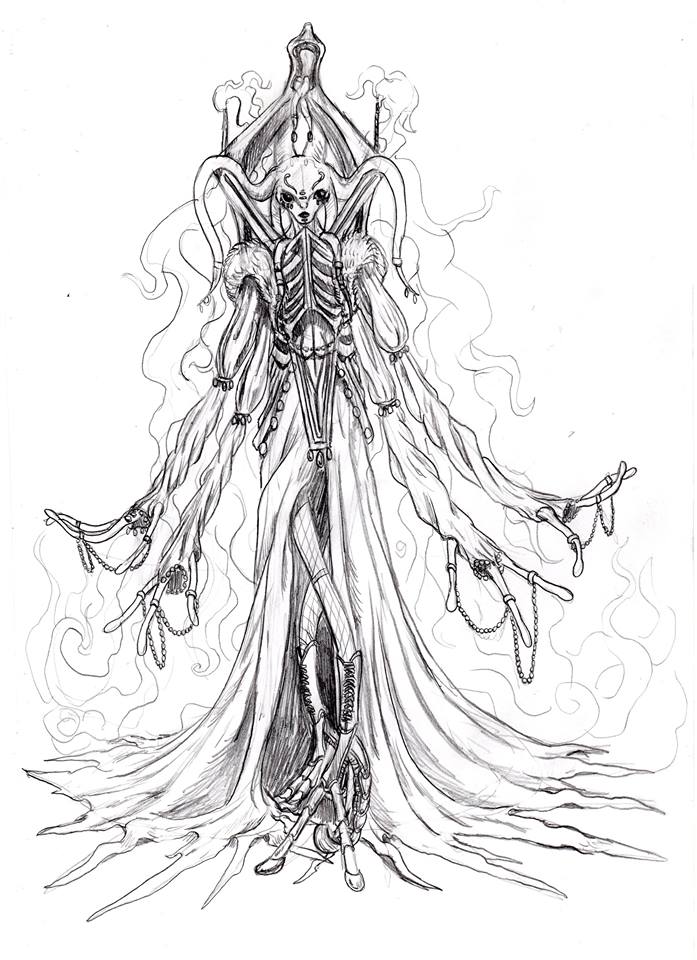 was pretty pleased with the sketch. Let’s see how the inking tools in Manga Studio turned out…

Damn I’m pretty happy with that, especially for a first time playing with the program. Highly recommend Manga Studio for inking over Adobe Photoshop. While Adobe may still be supreme for coloring the pen and marker tools in MS are designed specifically for inking and are light years ahead. They’re easier and more intuitive to use than PS’s pen/path tools with their complex and abstract curve and anchor points and are much crisper and cleaner than Adobe’s blotchy and bleeding brush tool.

Here’s a comparison for a peice I sketched and drew using PS, was just a fun one of Don Knotts as Galactus…

It came out pretty good, but it’s definitely sloppier in certain points, and not as crisp. Some of the line work is also shakier and less precise, and the smoothness of uneven brush strokes really stands out to me. This may just be my computer but for some reason MS is much more precise in reading pressure than PS. (both used the same settings of tip hardness from the driver, so I don’t know if MS has it’s own or is just better at reading signals or if it’s my imagination or what…)

If any reader does art stuff with a tablet I’d highly recommend MS 4. It also has a bunch of useful tools specifically for comic artists so big bonus there. Only real downside seems to be an upper limit on how big pages can be, but it runs at a much higher resolution quicker and faster than PS, so that’s more than compensated for. Think I’ll be using MS for a lot of inking in the near future.

PS still reigns supreme for coloring for me though and I’m considering doing a tutorial on my process for it. Let me know if anyone is interested.